Making music has always been something I’ve attempted to achieve over the last few years.  Remember when I made my own mixes in 2014?

This past summer I didn’t have a side job, so I spent my first free summer making beats, therefore giving me a hobby.  Some people do crossword puzzles, I’d rather make music.

It’s not an easy task and it’s hard when you have to teach yourself.  There are some decent tutorials on YouTube, but at the end of the day, you have to figure it out on your own. I used Garage Band to produce music, but for my rap song, I used a stock Garage Band beat with a few of my own flourishes.

Writing a rap song was for shits and giggles. It’s not a serious endeavor, but I love writing poetry, so I felt like I needed to prove to myself I could do it.  Plus, the rap that’s out there gives me hope that I could do it.

Here are the lyrics. I expect a lot of laughter and cringe-worthy faces, but at least I can say I did it!

The Best In the World

This isn’t for the weak or the dearly departed

You people should’ve known before I even got started

I’ve been in this game for 35 years

Been going hard and strong way before Pac was shedding tears

The mission of my goal is domination

Steppin in my way is your termination

I come across as pretty nice

But I’m cold as ice

You don’t wanna pay the price

You’ll wind up in paradise

Don’t let my smile fool you, you’ll get blinded by the light

Verse 2 *repeat* What it do

My rap flow is not deep, it’s not as hard as Brooklyn

I don’t claim to be smart, that’s not even my look… if you trying to hide something just put it in a book

Not trying to be funny, need opportunity to knock

And please lord, can I meet The Rock

But enough about that, we should be talking about me

In trash talk, I got a mutha-suckin master degree

I’m the best there is, other thoughts just hit the door

You gotta show me bama like my man Jarreau

Man, Lyssa will tell you the truth–if not you misheard her

I got that OJ juice–get away with murder

Others out there ya’ll just lame to me

Turn the game over man, you Kurt Cousins, you throwing picks

Have a Song on iTunes

Naturally, if you have a song, it’s got to be on iTunes right? You have to get the track mastered and find a host. All together it was probably $30.

Unfortunately, you can’t make it free so I put it on YouTube for everyone who doesn’t want to pay 99 cents (which should literally be everybody in the world).

So obviously, this is not going to win a Grammy, but I did it.  I’m pretty proud I did something that pushed me out of my comfort zone. 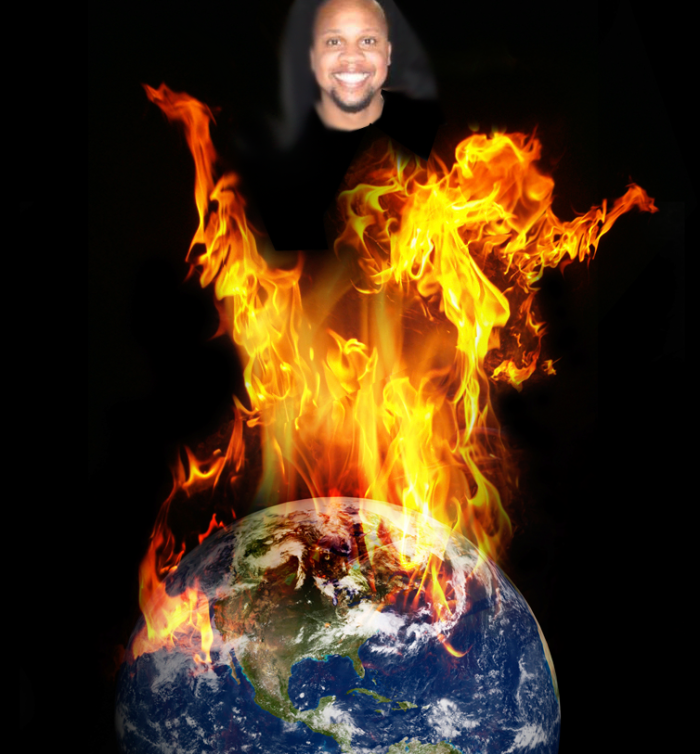