Completed: 33. Get a Physical

“The Physical,” a Play by Kris White 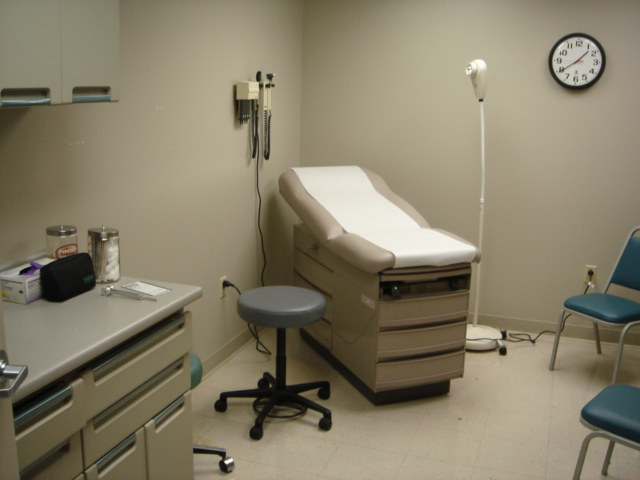 [Kris has set a goal for himself to get a physical in 2014. He’s excited that he’s able to make an appointment at the last minute. Arriving promptly, Kris checks in with the front desk and is escorted by a nurse to the private exam room.]

*The following series of events all takes place in said exam room.*

Nurse: “I really like your tattoos. I just got done with a four-and-a-half hour session.”

Nurse turns around, lifts up the back of her shirt and exposes basically her entire back, which features a huge lower back tattoo.

Enter the male doctor and a female med student.

[Kris, only wearing underwear and partially covered in a glorified paper towel, gets a little anxious with the realization that he’s going to be getting naked in front of the female med student. Given the awkward nature of a male physical, he had purposely scheduled his appointment with a male doctor, but he goes with the flow.]

Doctor: “Stand up and disrobe.”

Doctor: “Being that this is a teaching atmosphere, do you mind if my student performs the full exam as well?”

[Kris, still nude and standing upright with his arms outstretched, comes to grips with his fate. Not just one, but two strangers, will be examining his (currently not-so) private parts today.]

Doctor, to his student: “It might not be as easy with this patient because he has a lot of muscle mass and is more dense than most.”

[The student, realizing what she said is slightly inappropriate, continues the exam. The doctor, observing that his seated student is struggling to reach the patient’s body, suggests she scoots her chair closer to him. Taking the advice of her teacher, she scoots closer to Kris, but underestimates her proximity to the body, which is now a little too close…

As she turns her head back to face the standing patient and resume the exam, it hit her.

It literally hit her…]

They all left the room internalizing what had just happened. Life as they knew it, had forever changed.

Completed (though, a little bit more eventful than what I had imagined).