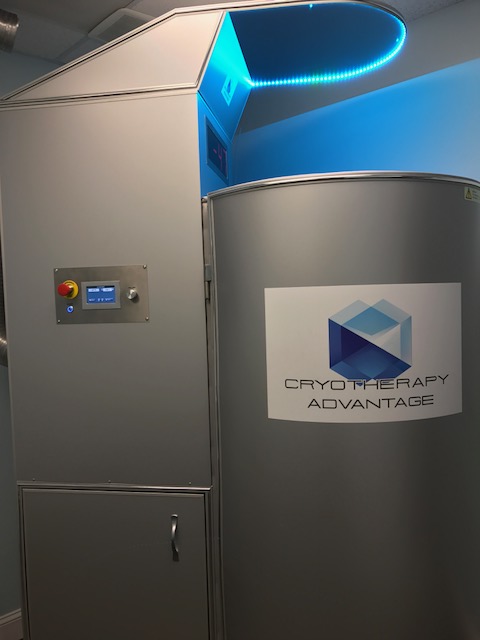 Cryotherapy is the use of low temperature for medical use.  According to Wikipedia, “Its goal is to decrease cell growth and reproduction, increase cellular survival, decrease inflammation, decrease pain and spasm, promote the constriction of blood vessels (vasoconstriction), and when using extreme temperatures, to destroy cells by crystallizing the cytosol.”

I have put my body through a lot and I feel like it’s officially breaking down. I am looking for anything to help relieve my pain.  I found a local Groupon deal (shout out to Groupon) called Cryotherapy Advantage in Chantilly for about $30.

The place is impressive.  It’s very clean. Very professional. Once I checked in, I was escorted to the chamber where I was told to strip down to my briefs and put on some slippers.  Once that was done, I stepped in the chamber which was -40 degrees. Once the cold air starts, you spin around slowly so the cold air doesn’t stick to one part. It only lasts for two minutes, but oh my God. It’s intense.  The last thirty seconds are brutal. The final temperature was -246.

Again, according to Wikipedia, the physiological effects that the body goes through after cold therapy application include initial vasoconstriction, shunting all blood away from the body part, followed by vasodilation, as blood flows back to the affected area in attempt to re-warm.

I was told you need to do this frequently to feel the benefits, which sounds great but it’s not cheap.  If you’re interested, check out some prices.  I felt relaxed that day and night, but one time isn’t going to fix my pain.