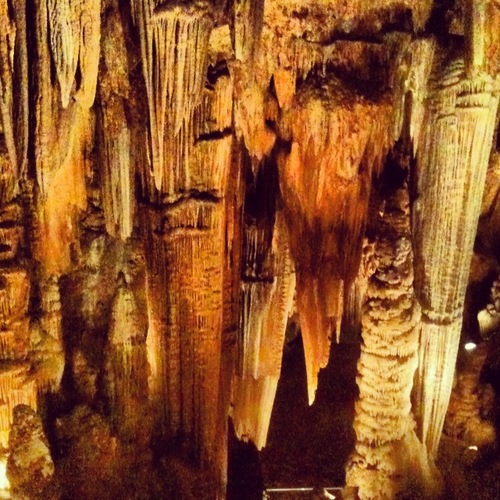 It’s blazin’ in our neck of the woods, so the only acceptable thing to do is go 16 stories underground in a cavern. No, really.

In case you haven’t guessed, I completed #24.6: Visit the following places I have never been: Luray Caverns.

Don’t worry — the jazz hands will break his fall.

1. It was discovered in 1878 when a bunch of dudes felt some cool air coming from a sinkhole. They began to dig for five hours and lo and behold, they stumbled upon the cavern.

2. There is a body of water called Dream Lake that is mirror-like. Stalactites are reflected in the water which make them look like mirror image stalagmites. It’s really amazing.

3. An episode of Mister Rogers’ Neighborhood was filmed there.

4. There have been 500 marriages performed in the cavern.

5. It takes 120 years for a stalactite/stalagmite to grow one cubic inch. Wowza.

6. The temperature in the caverns was so wonderfully cool.

7. It’s not as scary as the catacombs in Paris.

8. Unrelated to the actual cavern, and focusing on my fellow tourists, we have a major obesity problem in America. Someone should alert the media.

9. Another reason I wanted to go: Love signs! This “love” artwork has popped up all over Virginia. It’s a mini mission of mine to get my picture taken with all of the signs. This makes three! 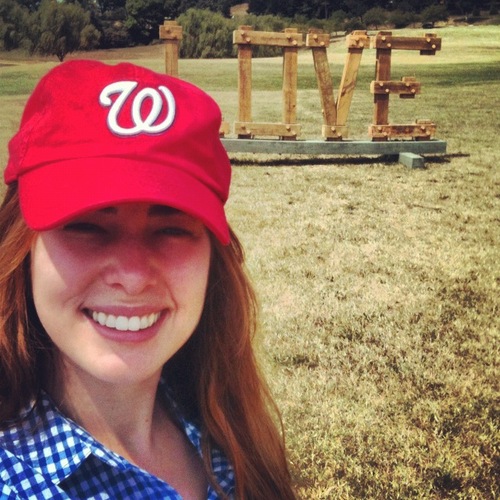 I was all by myself so I had to take a self-portrait.

Learn more about the caverns.